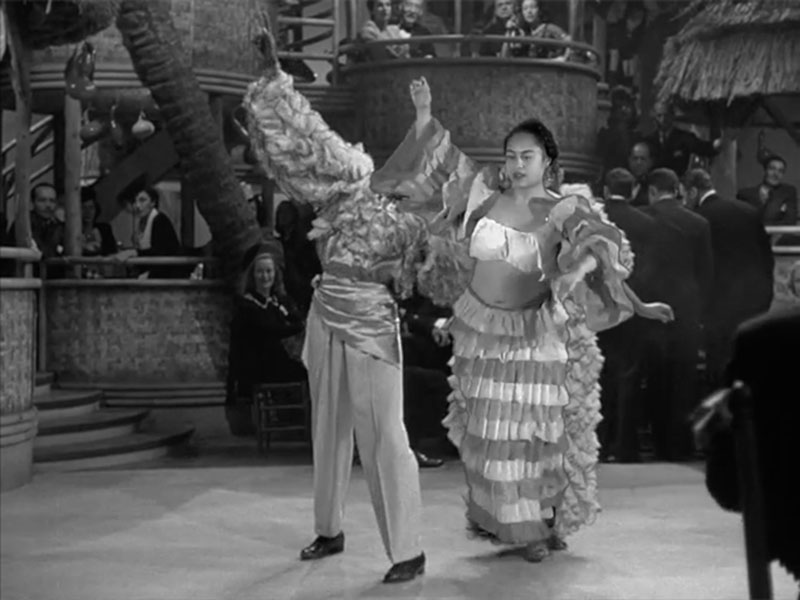 In Rumba Sola, Garcia collages herself into a black and white Hollywood film. Using green screen technologies and costuming, she is transported back to 1939. She embodies the dance of Cuba, the Rumba, which is traditionally danced with a partner. Subverting the choreography, Garcia performs it solo, executing each step from the memory of being led, compositing her body over the original female performer by tracing her movements on the screen. Through the act of repetition, Garcia continuously dances in a circle ‘around’ the male performer, interrogating cultural notions of gender roles in dance through the exploration of who is leading whom.

As the Night Projection Window is silent, viewers are encouraged to stream the rhythm of the Rumba while viewing.