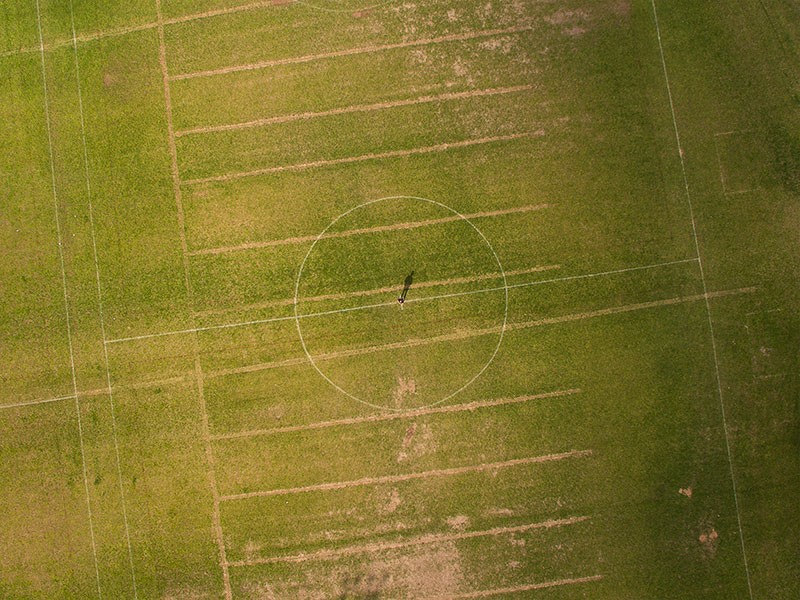 Aaron Christopher Rees articulates some thoughts on the gaze in space, and the overflowing abundance of images. Interview by Emma Steinfort

Recycling images of the world, filtering, purging. Performing my own kind of ritual exorcism; that’s part of what I look to art for, the ability to retaining a kind of Spiritual Autonomy in a flooded, mediated landscape as essentially I think the world is a camera now! And this disturbs me, as eyes are not what enable vision….

But if I’m to speak practically, I would define what I attempt to do as an exploration into the slippages that occur when processing images through an apparatus, the nexus between the technologically produced images and images of the world itself. I like the idea of disrupting the automotive logic of a technological device in order to expose its conceit and possible deceits.

Primarily you are known for your photographic work. Was video/moving image based art an organic transition for you?

Haha! “Known.” Yeah it has always been there to some degree, more in the form of short looping clips contained on monitors in a network with sculpture and photography, all mediums acting in a way that augments and instrumentalizes the gaze in space. I wouldn’t say I make self-contained videos that exist by themselves, at least not yet. I’d like to form a practise that isn’t medium specific. Welcome to the Drift ~ Photography > Cinema > Television > Internet. It’s all just a process of speeding up for the circulating image until we hit a kind of virtual singularity and the world disappears! Or not 😉

A key theme – or rather, feeling – in your work is that it is both set in the past yet timeless. Would you tie your work to a specific time and place? Or do you feel your work exists outside these parameters?

I don’t find myself ever considering such a thing, however I can clearly see that aesthetically suprematism is lodged somewhere deep within the bowels of how I rearrange images within my head. Once upon a time I imagined things being drawn on paper in my head. Now I see them rotating in some kind of fluid 3D rendering mental space. For me this exposes a lot about how our tools influence the workings of our minds in a relationship of feedback, we see with our tools.

Speaking of time, I will say that now in this age of www connect, this funny thing is happening where because we have access to so much information, everyone is simultaneously mining into the overflowing abundance of available visual reference. This creates a cannibalizing image vacuum, where images that once held a kind of cultural significance can be flattened and adopted on the other side of the world. Things start to look the same, at least on a surface level that is. Kim Kardashian becomes as important as a natural disaster, and maybe even more visible!

In your recent exhibition ‘Set Up’ with Caitlin Cummane and Liv Koh, the three of you examined your attachment to images. What impact did this examination have on you as an artist and what your eye is instinctively attracted to?

For me that exhibition felt more about the images forming some kind of attachment to each other, pre-existing works – at least in my case – that we felt might cause a kind of oscillation with the others. Circumstantially, it was quite a stressful time. I felt that that pressure helped to solidify a method of working with others more than anything. At the time my eye was instinctively attached to visual direction, not in the sense of ‘this looks like that, or ‘this is juxtaposed to that’ but more interested in spatial direction of sight around a space. We each tried to highlight our own particular method as a way to compliment the other.

There is a refined sense of minimalism in your work, which almost verges on Brutalism. Yet alongside that is a sense of surrealism. How do you combine and balance these elements?

Yeah interesting, once again this comes from tools influencing the way we think. Seeing the constructed world dismantled, punctured or ruptured in some virtual manner. The visual landscape of my mind comes littered with images of industrial estates and concrete structures. Brutalism here is interesting when considering them as intuitional sites of power, failed utopian architecture. But honestly, I believe it mostly comes about by visual absorption, which is drained through a kind of filter that designs things in an attempt to point out details. This is changing as I exist for a longer period of time in the world and my ideas pertaining to it change which shifts my perception.

Fiona Tan, ‘Kingdom of Shadows’ 2000
I was lucky enough to catch Fiona’s retrospective ‘Terminology’, in Osaka, it was hands down the best video art exhibition I have ever experienced, just thinking about it triggers acute sensations, at a loss for words really.

Michael Madsen, ‘Into Eternity’ 2010
An existential inquiry into human kinds ability to manage nuclear waste for a future beyond what we can/could even clearly conceive. Therein lies the point, our arrogance when regarding the manipulation of nature.

Michael Madsen, ‘Celestial Night: A Film on Visibility’ 2003
We privilege the eye as the paramount site of vision, but is it what truly enables us to see? 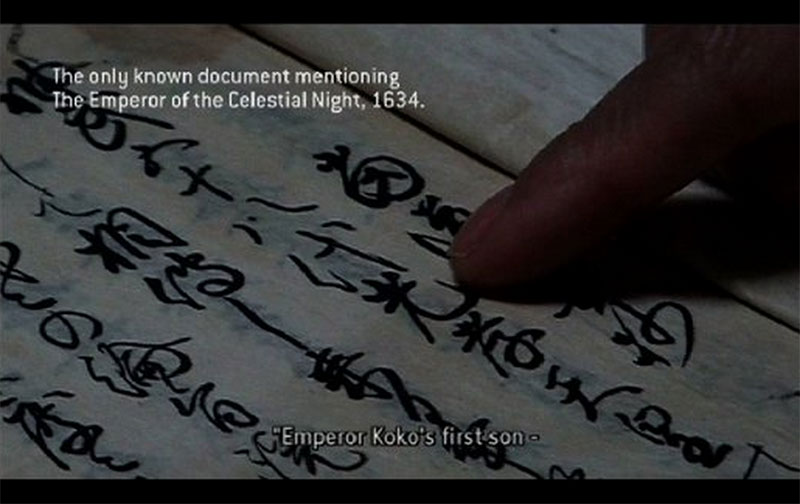 Hito Steyerl, ‘Is the Museum a Battlefield’ 2014
Institutional critique through Meta narrative

Jon Rafman, ‘youtheworldandi’ 2010
In the epoch of the near and far, mapping is a process for forgetting

I’d like to finish by saying I think that Joshua Oppenheimer is the most important film maker right now, I recently saw ‘The look of Silence’ and I would encourage everyone to seek it, and it’s partner piece, ‘The Act of Killing’ out. It doesn’t get any realer than these films, addressing the wrongs of history and enabling a voice of those who have been denied.

Aaron Christopher Rees a Melbourne based artist who utilizes photography, video and sculpture to articulate a discourse surrounding contemporary screen-based culture. Rees’ work aims to explicate the intangible nexus between technologically produced images of the world and the world itself.

You can see his work, Telechiric Loop in the exhibition In the Epoch of the Near and Far at Grey Gardens Projects.