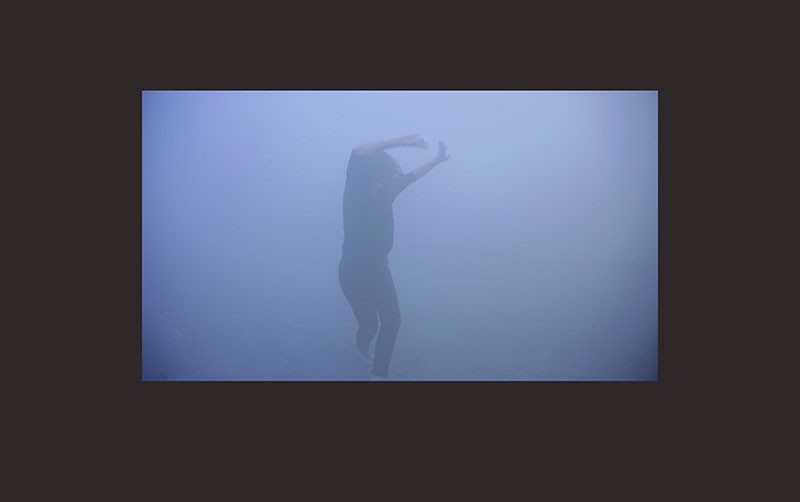 Still image from Weathersounds (2013) by Alexander James, courtesy the artist.

Alexander James is a Sydney-based artist whose creations combine conceptual depth with an enigmatic beauty. James discusses the sky’s way of expressing time, and the journey of discovery to create his work Weathersounds (2013). Interview by Emma Steinfort.

My recent practice has used a range of mediums to look at the sky’s own specific and complex way of expressing time. I have been filming people making weathersounds and attaching titles to artworks that allude to a human component with the ultimate aim of placing artist and viewer in the midst of a contemporary cloud.

The genre of landscape art has long been an established pillar of Western and Eastern art. What made you turn to skyscapes?

In 2009, I made a book of landscapes whilst looking pretty closely at the German Romantics and I became interested in the way they were painting air and atmosphere relative to the human state. When I finished that project I decided to begin looking at clouds and weather systems. The resulting work began as photographic cloud studies and slowly progressed into video and performance pieces.

Scientists argue that we are in an Anthropocene age, where instead of humanity being controlled by the weather, we now are controlling it (ie humanity’s role in climate change). Do you see your work as a response to this (unnatural) phenomenon?

Yes, I’m very interested in developments in science and particularly the way it has interacted with the arts and humanities. In Romantic painting there had always been a separation between nature and humanity, with nature representing the sublime. The Anthropocene collapses the notion of abyssal nature and human subjectivity and we are presented with human as nature and nature as human. This creates an erasure of the symbolic threshold of the sublime as presented by the Romantics and suggests a relocation of the viewer. I think there is poetry about the implications that the Anthropocene suggests and it is great to observe artists and writers responding to this in different ways.

Still image from Weathersounds (2013) by Alexander James, courtesy the artist.

In your residency at the Cité Internationale des Arts in Paris, you filmed people making weather sounds for your Weathersounds project. How has your work been received by home and international audiences?

It has been received well I think. When I first arrived at the Cité, I was happy to discover that musicians inhabited the entire top floor. I spent the next three months discussing these ideas and immediately began working with dancers and musicians. It was a very fun time. I found that trained performers were able to grasp concepts quickly and I was provided with some incredibly relevant responses. I am fascinated by the vast range of personal associations that people have with weather and this came through in the work that we were making together. Interaction from audiences have been similar in this way. 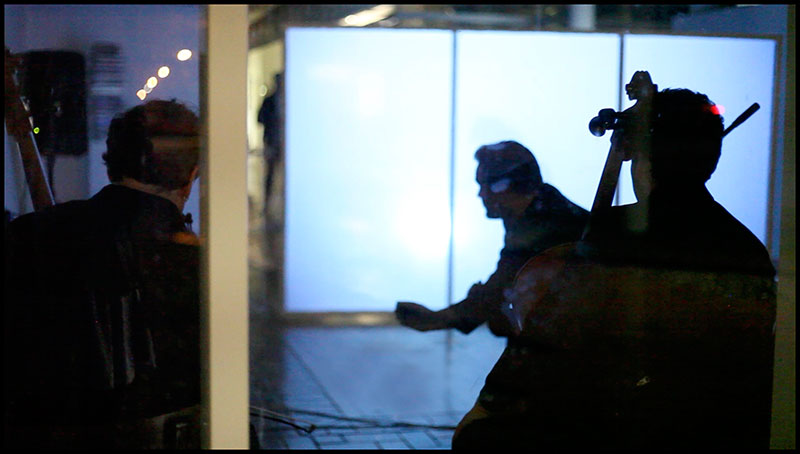 Late last year at your exhibit at the ANU, you performed Weathersounds with four cellists and a sound artist. Do you see a line between installation based artwork and performance art?

The move into performance was pretty seamless and ever since my time at the Cité, this had been in the back of my mind. The first Weathersounds performance was at a place called Alaska Projects, an art space situated in a multi story car park in Sydney where there is a lot of ambient and reverberated sound. It was interesting to observe how the ambient sound became a significant part of the performance. I have since presented the performances in a range of locations, from shipping containers to different gallery environments, and each time the audience, installation and performance have all fed off one another to create a different experience.

Earlier this year you travelled to China. While there you created what you called ‘video sketches’ of your experiences.  Could you tell us about the possibilities you see in video art?

For me it is about looking at different ways to engage with an audience. The first time I presented Weathersounds as a performance we installed a large screen and placed chairs in front of it just before the performance was due to begin. This acted as a way to quieten the audience and build a sense of anticipation akin to theatre and film. It was interesting to explore these crossovers and I always love seeing other artists explore similar possibilities. I also think that dedicated video art festivals, like the Channels festival, offer artists opportunities to find new ways of connecting with an audience.

I recently came across some a performance that Cyprien Gaillard did at the Tate modern a few years ago. I really enjoy the way he links ancient and modern motifs, like those contained in his eastern European battle scene sequences:

I’ve also been revisiting the short films that Robert Smithson produced and love the way he provides commentary and non literal references, particularly in his documentation of the spiral jetty work:

I also have been getting into the multi channel work that Isaac Julian has produced:

Alexander James is a Sydney-based artist whose creations combine conceptual depth with an enigmatic beauty. James works across mediums to examine the emerging human dimension of apparently natural objects – rocks, clouds, weather systems, landscapes. James draws on extensive historical research in his construction of the contemporary through varying-scale photographs, video-pieces, installations and performances.

You can see Alexander James’ work, Weathersounds (2013) in Videophilia: A Walking Exhibition at Alpha60 from the 18-27 September.